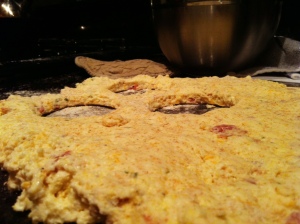 Biscuits from scratch can seem like a fairly daunting task. But don’t worry, this Bacon Cheddar Biscuit recipe is simple and you can go from step 1 to a finished batch in 45 minutes (cooking time included).

Rather than making plain biscuits, I added some bacon and cheddar to make this extra tasty. Feel free to add more cheese or more bacon if you so desire. 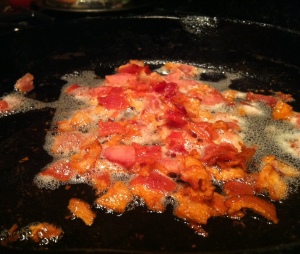 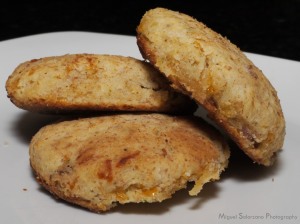 These biscuits go great with most meals. They’re especially an awesome way to make a breakfast biscuit sandwich.

No matter how you consume them, you can store them in a sealed container for several days. If you have any left over, that is.

Posted by poboylivinrich on December 14, 2011 in Cookin', Recipes, Sides