Who will take home gold at the 84th Annual Academy Awards?

I’m a pretty big movie buff so I’ve seen most of the films up for Oscars this year. The only two really missing from my list are Hugo and Extremely Loud and Incredibly Close.

I’ll break the nominations down into Who Will Win, Who Should Win and Upset Alerts for the major categories.

Who Will Win: Octavia Spencer for The Help — I have a strong feeling she’ll get the awards season sweep this year.
Who Should Win: Octavia Spencer for The Help — Spencer’s performance as Minnie in The Help was one of the best performances of the year in my opinion. Plus, what other nominee can brag they played a character who (literally) made some eat shit?
Upset Alert: None really, but I would say Berenice Bejo has the best shot for her role as Peppy Miller in The Artist.

The Artist is nominated for 10 Oscars.

Who Will Win: Christopher Plummer for Beginners — Plummer’s role in Beginners as the newly out gay father of Ewan McGregor’s character was spot on.
Who Should Win: Christoper Plummer for Beginners — While I wasn’t crazy about Beginners overall (it was just ok for me), aside from the subtitled dog, Plummer’s performance was outstanding.
Upset Alert: Jonah Hill for Moneyball — I have a feeling the Academy will overlook Moneyball completely tonight unless they throw Hill a bone for his performance in what they (based on nominations) consider a better movie than Beginners.

Who Will Win: Michel Hazanavicius for The Artist — Statistically, the film that takes home the trophy for Best Director usually wins Best Picture as well, hence, the pick here.

Who Should Win: Terrence Malick for Tree of Life — Admittedly, I love Tree of Life and think it’s the best film I saw in 2012. Malick should win for such a grand opus to creation and the ongoing struggle between nurture and nature.
Upset Alert: Woody Allen for Midnight in Paris — While I think Midnight in Paris has a better chance of taking home Original Screenplay, I can’t say I’d be surprised if Allen took home Best Director.

The Tree of Life is nominated for Best Picture.

Who Will Win: Viola Davis for The Help — While this category is really a toss-up, I give Davis the nod over annual nominee Meryl Streep.
Who Should Win: Viola Davis for The Help — Together, Davis and Spencer really took The Help to another level and I think both should be rewarded for their roles.
Upset Alert: While this would be far from an “upset,” Streep has the best chance to take home the trophy over Davis.

Who Will Win: Jean Dujardin for The Artist — Some might consider this a bit of an upset, but I have a feeling Dujardin did more without speaking than Clooney did speaking.
Who Should Win: Jean Dujardin for The Artist — Apologies to Clooney, but I thought his acting in The Descendants was terrible. Especially, his final scene with is wife. It was a little too Lifetime movie for me. That said, I found Dujardin as George Valentin stellar in The Artist.
Upset Alert: George Clooney for The Descendants — Once again, not really an upset. See my comments above for why I don’t think he’s deserving. 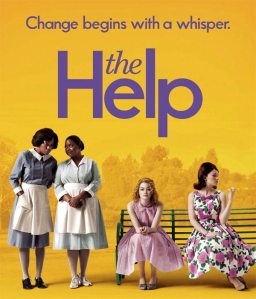 Who Will Win: The Artist — Who would have ever thought a silent movie would take home Oscar gold again? Fortunately, The Artist is brilliant enough to make a claim for an Oscar.
Who Should Win: Tree of Life — While this movie may be a love it or hate it film, to me it was more than a movie. It was an ethereal experience. The cinematography was the best I’ve ever seen and the acting and directing were sensational.
Upset Alert: The Help — Hear me out. The Artist and The Descendants are widely regarded as the two favorites. If they split the vote, I think The Help may be able to sneak away with an Oscar statuette.

I can’t wait to see how all my picks pan out. Anyone else have any favorites or picks?

Posted by poboylivinrich on February 26, 2012 in Watchin'