True Love is an Iron Skillet 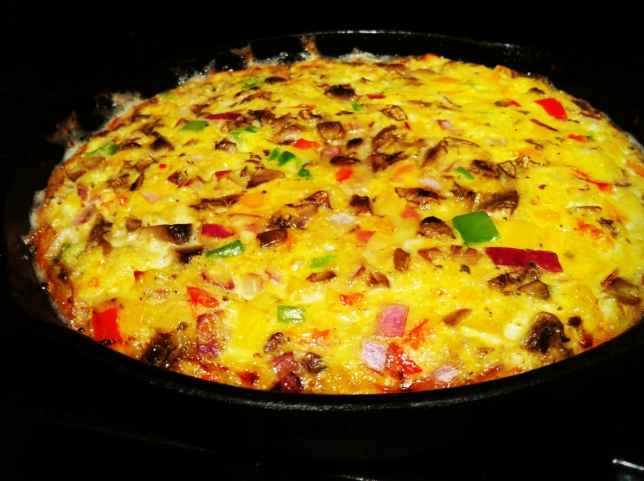 One of my fondest culinary memories is remembering all the times by grandfather (I call him pop pop) made cornbread in an iron skillet. I still look back on it as a quintessential experience.

Hearing the creak of the oven as it was opened. The smell of the sweet cornbread in the air. The weight of the skillet. (Though it’s easier to pick it up now, it must have felt like a ton as a kid.) And most importantly, the taste of the cornbread itself. Not too sweet. Light and fluffy, but just crumbly enough.

Unfortunately, my pop pop had a stroke in December of 2010 that left him unable to cook with his beloved iron skillet. It was with a heavy heart that I inherited two of his iron skillet and an iron pot.

But now, every time I cook with one, I feel connected to him. And I know the connection will last as long as I’m alive and cooking. Because let’s face it, those iron skillets are going to outlast me.

Since inheriting the iron skillets, I’ve been able to master cooking just about anything in them. Eggs, bacon, pies, frittatas, chili, pancakes and most importantly, cornbread. Well, I say I’ve mastered them, but somehow I think it’s been in my blood all along.

If you aren’t “with it” when it comes to iron skillets, let me break down some major benefits of investing in one (or a few).

I would highly encourage you to go out and buy one immediately. However, I would search for a used one with a little bit of history. Something just doesn’t feel right about a brand new iron skillet. It’s sort of a culinary rite of passage.

I know getting mine was. Hopefully, I’ll forever be able to bake cornbread my pop pop is proud of.

Take a look at some recipes I’ve posted using my iron skillet: